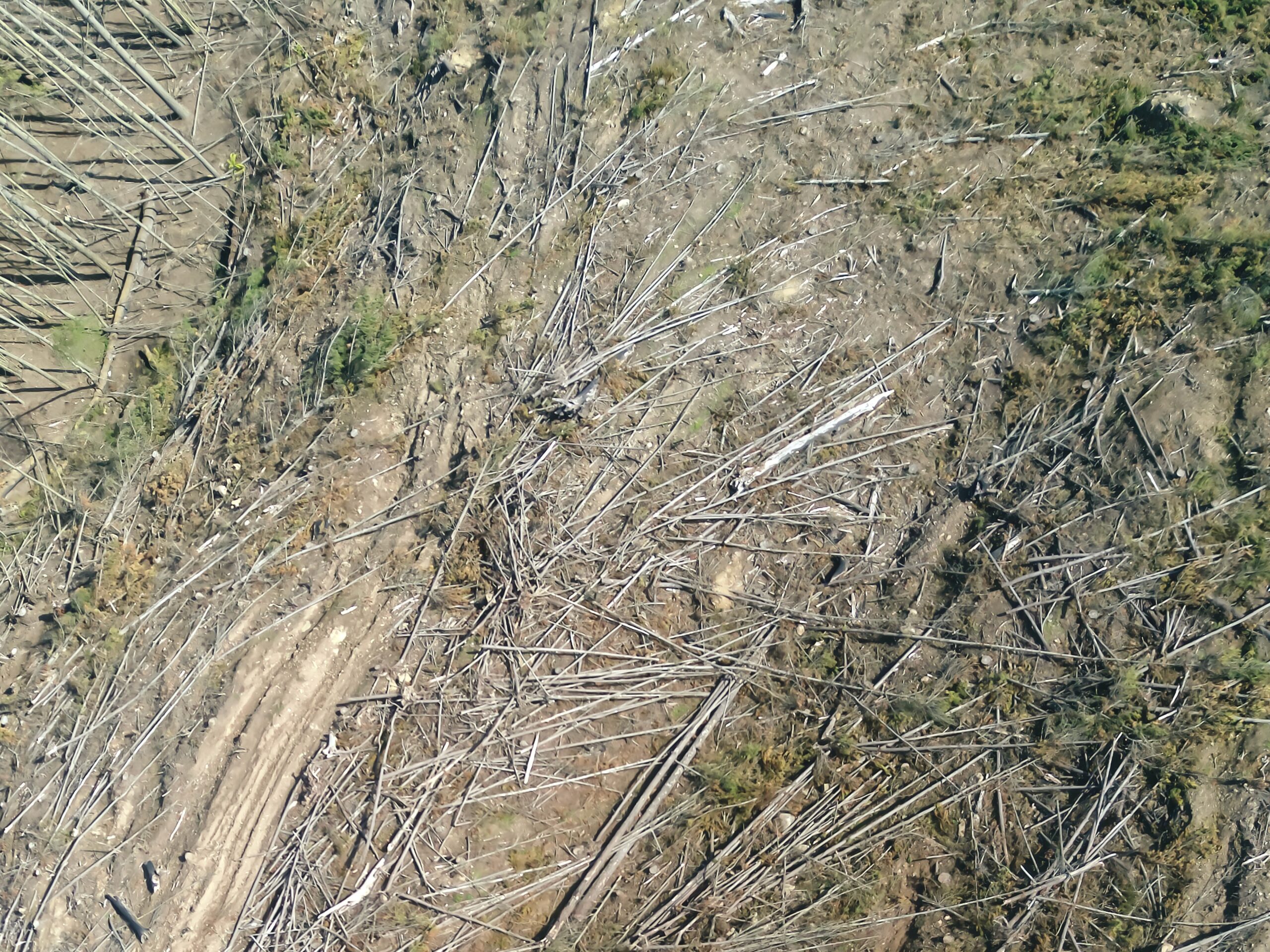 Deforestation is the loss of tree cover, which can result in the degradation of ecosystems. This can increase soil erosion and dust, and an overall reduction in carbon dioxide uptake by plants. The Amazonian deforestation affects the environment, local biodiversity, and human populations by reducing plant and animal habitat.

People are directly affected by deforestation because they lose their livelihoods, health (from air pollution), homes, and cultural heritage. Space research and study published by researchers from Brazil’s National Institute show that the Amazon rainforest is one of the most important ecosystems as it provides free oxygen, natural resources, and cloud cover to our planet every day.

At least more than three-quarters of the world’s fresh water originates from the Amazon rainforest.

The Amazon rainforest is the world’s largest rainforest, covering an area of around 2.3 million square miles, and is located in South America.

Deforestation rates have increased by over 50% since 1990. The deforestation in the Brazilian Amazonian rainforest is depressing knowing that it is home to many animal species including jaguars, giant river otters, giant anteaters, giant armadillos, and harpy eagles.

Satellite data shows that deforestation in the Brazilian Amazonian rainforest poses threats to the health and well-being of people living in and around it. One major threat that deforestation poses for people is the loss of their livelihoods, which can lead to a decreased quality of life in the indigenous territories. The loss of the Amazon rainforest cover also leads to air pollution and increased heat for people living in the region. Deforestation in the Brazilian Amazon rainforest has increased forest fires in the last few years.

The Brazilian Amazon rainforest is home to over half a million species of plants, animals, and insects. The Amazon rainforest provides a habitat for a large number of animals that are in danger without being able to migrate or adapt after deforestation.

Illegal deforestation has been an issue of concern for many years. Deforestation can have a negative impact on the environment and human health.

What is Illegal Deforestation?

Deforestation is the loss of forestland for other uses, usually due to human activities such as the cutting and burning of trees for fuel, forest clearing, or agricultural purposes, cattle pasture, cattle ranching, soy production, and other use for agricultural land.

The deforestation in the Brazilian forested areas or forest destruction in the Brazilian state is one of the most significant environmental issues facing our planet today. It is responsible for a significant amount of greenhouse gas emissions that lead to climate change. In fact, deforestation accounts for more than 20 percent of the world’s carbon dioxide emissions every year! This is a huge problem because this carbon dioxide causes global warming and climate change, which has dire consequences on both humans and animals on our planet.

Forestry experts estimate there could be an increase in climate change-related deaths due to a rise in temperatures as well as an increase in drought-related mortality rates, illegal logging activity, and diseases spread during an outbreak of wildfires.

Deforestation is a major cause of climate change as the Amazon rainforest is an area that absorbs about 20 percent of global carbon dioxide emissions. The destruction of the forest also increases soil erosion and dust and contributes to lower levels of carbon dioxide uptake by plants.

As mentioned in this article, the forest loss of the Amazon rainforest is caused by a lot of factors and the major driver is small farmers using the land for soy fields and domesticated animals. An aerial view of the forest shows the devastation of the land, trees, and forests in Brazil.

When it comes to history, European colonization of the Amazon has been a major cause of deforestation in the state’s forests. In the late 19th century, European settlers began to cut down trees for use as wood and for charcoal, which was used in the early 20th century. Most deforestation occurred in places like Bolivia, Colombia, and Brazil. Data shows that the Brazilian amazon hit the bottom when most deforestation in the same period became prevalent in their forest area.

Global warming and its impact on the Environment

The Amazon rainforest is the single largest rainforest on Earth. The ecosystem of this forest provides the air we breathe, cloud cover, and free oxygen for our planet every day. Its economy is worth more than $20 billion a year, and it contributes to more greenhouse gases than any other ecosystem on Earth.

Deforestation and forest loss not only affect the environment but also impacts human populations. People who live in the area depend on nature for their livelihoods. People are directly affected by deforestation. This is because they lose their homes, livelihoods, culture (from climate change). On top of that is their health, and even their cultural heritage.

Deforestation is a huge issue. Whether it’s rainforest destruction or forest loss conversion, the impacts are devastating. Deforestation accounts for about 20 percent of global greenhouse gas emissions. This means that deforestation contributes to global warming by taking in more carbon dioxide than nature can take out.

If you love the Brazilian Amazon rainforest, then you should be worried about this Amazonian deforestation trend. The Amazonian Rainforest is one of the earth’s most important ecosystems. It provides free oxygen to our planet every day and more than half of its total land area. This is why deforestation affects humans through air pollution and endangered species loss. Moreover, human livelihoods and cultural heritage.

How can we end Amazonian deforestation in Brazil?

The federal government of Brazil has been lacking in deforestation prevention action despite the efforts of the country’s space agency. By putting international pressure on the federal government of Brazil to end Amazon deforestation, everyone can support the global climate. This will also push the Brazilian government to take action. This can lead to calls for more environmental laws in Brazil. This includes protecting national parks, poor farmers, and indigenous peoples of Brazil. With this, they can enjoy the natural resources of the Amazon rainforest and other agricultural lands they have.

We can raise awareness about the effects of cattle ranching, forest fires. Also, the increasing soy farms, and paving the way to cheap land in Brazil.

People can also fund space research in a national institute in Brazil about the Amazon and climate change. One can also show space research satellite data by Brazil’s national institute. This includes recording deforestation rates to show people about the annual forest loss. We can end deforestation by putting pressure on the Brazilian president. Also, the environment minister of Brazil, and those who are in power in Brazil.

Every change that happens in the Amazon rainforest is a loss for the inhabitants of the rainforest. The environment is in crisis and our forests are losing their natural color. This is not good for the people who live there as well as for us.

The Amazon rainforest is a huge ecosystem that we need to respect and preserve for future generations. The indigenous communities, our trees, and our wildlife depend on this forest to survive.

Let us not wait for the tipping point. Heavy rains, more dry season, and more devastation in our land forests in Brazil. Our forests and trees give us easy access to natural resources. The Brazilian Amazon forest is being destroyed and its inhabitants are slowly being displaced because of deforestation. This can have a significant impact on the climate in the long term. It can also impact people who live, not just in Brazil, but throughout the world.

Stopping deforestation is a long way to go. The previous year may not be good. But we can work harder this same month with our efforts in saving our forest areas. Deforestation prevention methods can be implemented through the use of conservation efforts and other alternative farming methods. We can preserve the Brazilian Amazon rainforest and its inhabitants.